These little guys here...we call them markers in Ontario. They call them markers right on the box, which is a good clue as to their correct name. In Alberta, they are "felts". Working in the schools, the word comes up a lot. Some people don't even know what I mean when I call them markers. How can you not know? It's written RIGHT ON THE BOX! 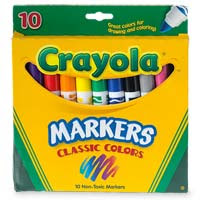 I had never heard of stuffed animals being called "stuffies" until I moved here. It's not like a cute little nickname for stuffed animals. It's just what they are. They are not animals. How dare you! 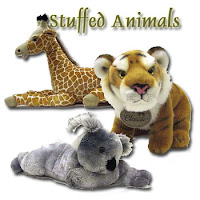 The first time someone mentioned a lunch kit, I had no idea what they meant. I know now, but I refuse to call it that. It's a lunch bag, cowboys. (Don't touch the Tardis! Woo hoo!) 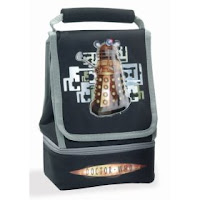 I just learned this one recently. A friend of mine from the States was saying that she hates how people here pronounce "decals". I asked her how they say it here, because I hadn't noticed. She said they pronounce it, "DECK-uls". I didn't believe her, so we asked all our friends who were there, and guess what! Look at these pretty princess DECK-uls.

And this final one I learned at my second practicum, which was at a middle school. One of the students told me he forgot his gym strip. I was trying to figure out what he said - jimstrup? jimstip? jimwhatthehell? Gym clothes. They call their gym clothes a gym strip, because the stripping off of the regular clothes is apparently the part we want to focus on in Alberta. 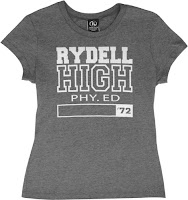 You people are weird.
Except the car thing. My husband's car he brought from Alaska had that little plug in the front as well. Those are cool.

too funny...although I'm still confused about the plugging your car in...I don't get it. (time for google)

Wow, those are all new oddities to me. I do recall plugging in my car when we lived in Calgary, though. And how, if we forgot to do it, it just wouldn't start in the morning. Brrrrr.

You must live in a constant state of frustration.

I thought maybe gym strip meant jock strap. Do the girls wear gym strips too? If not, I'm sticking with my initial impression.

I can see how the rest of them came about, kooky as they seem, except 'felts.' How did markers get turned into felts? Do they do a lot of coloring on felt material instead of paper? I'll ship some paper to the Alberta school system if it's a money issue.

Oops I was drunk when I wrote that.
Scratch "markers, check"
and change that to Felts, check.

Yes, girls wear gym strips too. It's just the outfit. Ask Shannon...she might know why.

We wear gym strip because we are told to. And seriously, what pre-teen girl doesn't want to do what her overtly sexual gym teacher asks?

All of these terms are also used in British Columbia. I grew up in Ontario and we did not use any of these, but I have lived in BC for 20 years now and have become used to most of the. Gym strip is one that still baffles me though.

Felts are called felts because they are felt tip markers....and I also got into the gym strip discussion with my husband (he's from Ontario and I'm from B.C.),I'll have to show him this little discussion to let him see it's not just me who uses these terms.

I grew up in Edmonton moved to Sakatoon then Portland, Oregon and eventually back to Alberta.

-In all my years I never heard of a "gym strip" until my wife (from Manitoba) used the term. When I was growing up in Alberta we didn't use that term, they were just "gym clothes."Gym Strip seems kind of creepy.

-The same goes for "stuffies." When I was growing up they were "stuffed animals" but my wife calls them "stuffies." For the longest time I never knew what she was talking about and I just figured it was another Manitoba thing.

-"Lunch kit" comes from the old metal boxes we used to have. They were called a lunch box or lunch kit. My mom (from California) called it a lunch kit. The fabric ones were a lunch bag.

-I heard of "felt-tip markers" or "felt-tips" being used for markers but not just "felts." Not sure when that changed.

-"Decals." I think one is American English and the other is British English pronunciation.

- The block heater cord in the car...I know for a fact you have those in Ontario as well.

- One oddity I noticed was the different liquor references. In alberta the large bottle of hard liquor is called a 60. In Saskatchewan they call it a 66. In Alberta a case of beer is 12 and 24 was a "flat of beer." In Saskatchewan 12 was called a 12 pack and a case was 24 beer.


View my page on New Kids on the Block 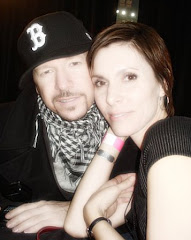 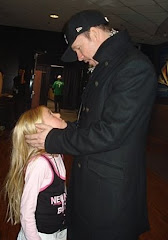 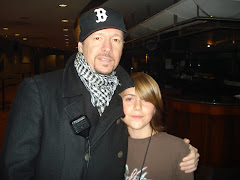